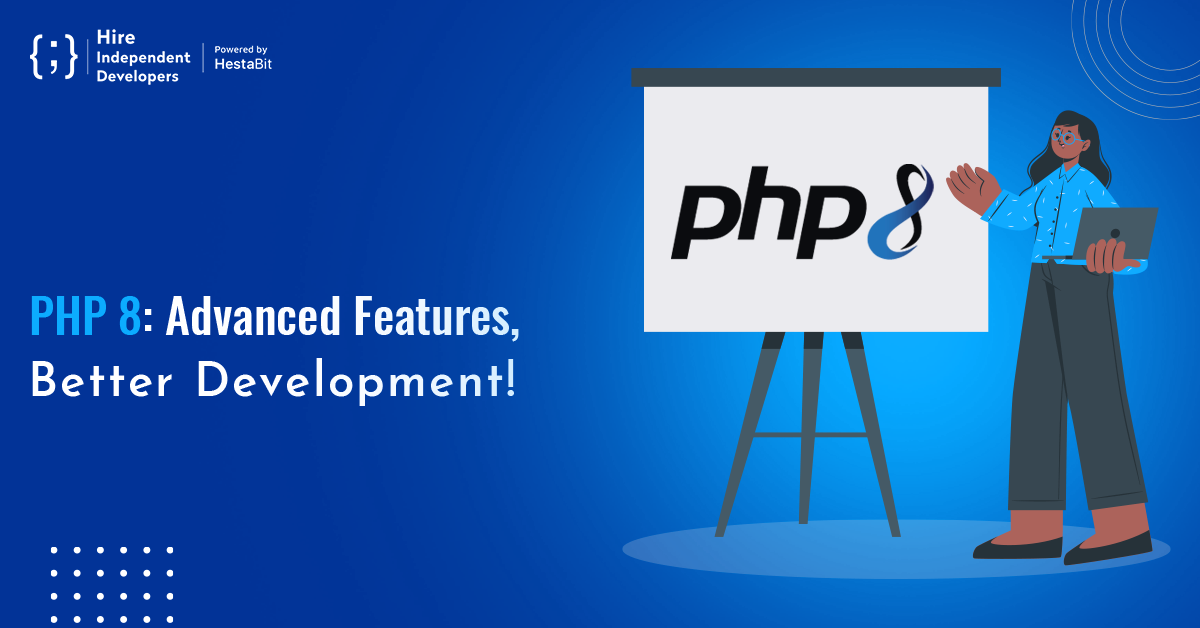 PHP is the core of many things you see on the internet today. In fact, it is so popular that everyone in the “development world” is aware of its capabilities. Not just that, entrepreneurs also prefer developing their websites in PHP for obvious reasons.

PHP shines in the name of popular scripting languages, and companies all around the world prefer to hire PHP coders to develop their websites.

Currently, as much as 80% of all active websites on the internet are supported by PHP, including huge brands like Yahoo, Facebook, Wikipedia, Tumblr, WordPress, etc.

PHP was introduced by a Dutch-Canadian developer, Rasmus Lerdorf, back in 1994. He initially used the language to monitor his resume. Therefore, PHPearlier stood for “Personal Home Page.”

Currently, PHP is an acronym for “Hypertext Processor.” Many Fortune 500 companies use it to support their robust websites that encounter a massive traffic load daily.

A Peak in the History:

PHP hasn’t always been as fantastic as it is now. Earlier, many developers wouldn’t even name PHP if asked about some of the strongly typed languages.

Before the launch of PHP 7, many companies and developers thought that it is already dead by now.

Since other languages evolved and rose, PHP’s existence was continually in threat.

But thanks to PHP 7 and the brilliant changes it bought along with it, the language’s performance improved radically. It introduced types and many other features.

While developers have thoroughly enjoyed version 7 of PHP, now the time has come for the companies and entrepreneurs to benefit from the awesome development of PHP 8.

PHP 8 has come as a significant update for the existing and popular server-side web development scripting language- PHP!

It is now available with features such as named arguments, union types, just in time compilation, and attributes.

What are the new PHP 8 Features?

PHP8 has brought in significant improvements, and its introduction that makes both entrepreneur’s and developers’ lives super simple by providing better functions to develop their applications with.

PHP8 comes with named arguments; the feature allows a developer to specify just the required arguments while optional ones can be skipped.

This way, it is possible to keep the arguments self-documented and independent of the order.

Below is an example of the htmlspecialchar function, which includes some of the optional arguments.

Attributes allow a developer to discard the PHPDoc annotations instead of using the structured data with PHP’s native syntax.

Many developers believe that PHPDoc contributes to the code’s increased complexity, making it harder to read. However, this is simplified by the new PHP8 feature called the Union Types.

This is how it goes:

The feature paves a cleaner way for the properties to be defined and initialized. More briefly, the new PHP8 feature allows the developer to set up class properties, with less code (however, still readable) just bypassing the variables consisting of the same name through the argument to the constructor.

To use this at the most optimal potency, you must hire dedicated PHP developers for your PHP8 project.

And to get a better grasp of construction property promotion, you can check out the example mentioned below:

PHP8 has been introduced with a match expression capability. While the feature shares similarity with the switch, it also offers safer semantic and value returning abilities.

Since it is an expression, it can be stored in a variable or can be returned.

However, you should know that it only supports single-line expressions and possesses no need for a break- statement.

This feature has all the potential to become of utter use shortly.

Here’s how it can be used:

//> This is what I expected

It is noticed that PHP8 utilizes a number comparison when we compare the numeric string.

In other cases, PHP converts the number into a string and then makes use of the string comparison.

Earlier, the chain of calls needed verification of each element. However, now it is possible to avoid the entire hassle. You can simply look for your choice of PHP programmers for hire who can directly start developing your application by optimally utilizing the advanced and PHP 8 new features.

Talking specifically about the Nullsafe Operator, it is used in scenarios when the entire chain’s execution is terminated and estimates to null due to the failure to evaluate one element. The feature eliminates the need for checking whether the element chain exists or not.

Most internal functions throw an exception error upon execution in case the validation of the parameters fail.

strlen([]); // Warning: strlen() expects parameter 1 to be string, array given

Other improvements and New PHP 8 Features:

Apart from the features mentioned above, many other brilliant features are introduced by the new PHP8. The list below is a collection of some of the expected, upcoming changes and anticipated additions to make PHP even more efficient and reliable.

PHP8 is expected to bring in some transformative performance and error handling improvements along with it. These updates won’t just make PHP developers easier but also smooth out an entrepreneur’s life in terms of the development of her/his project.

The results of PHP 8 seem to be promising, and many developers say that they can’t wait to try it out on their future projects and even upgrade their existing ones with the newer version. Companies also are making all amends to hire PHP coders to make progressive changes in their current projects.

It is for sure that PHP will continue to evolve for a long time to come. However, the new version will be first tested out and then applied and implemented.